Let me preface this by saying when I made Mexican Corn and Quinoa Salad this past week, I had no intention of sharing it with anyone. It was one of those things I make and then hide in the back of my fridge and pretend it’s not there so no one else (aka my husband) will eat it.

No shame in my game – Mexican Corn and Quinoa Salad is so good you won’t want to share it with anyone!

Have you guys ever had that delicious Mexican style corn on the cob, known as Elote, that’s slathered in mayo, chile powder and lime juice? It’s basically the best thing in the world and I’m a BIG fan. The only thing that bothers me about that dish is there is no avocado anywhere to be found. Well, fear not my friends, PROBLEM SOLVED.

Mayo can be substituted for avocado in most any dish in my opinion, so obviously that’s what I did. I just took a perfectly ripe avocado and threw it into the blender with a hint of lime juice and a little water and blended it up until it was the same consistency as mayo. And then I went ahead and mixed it in with all my favorite things like quinoa, monetary jack cheese, corn straight off the cob, some cilantro and scallions and then topped it all off with a healthy shake of chile powder and salt and pepper. 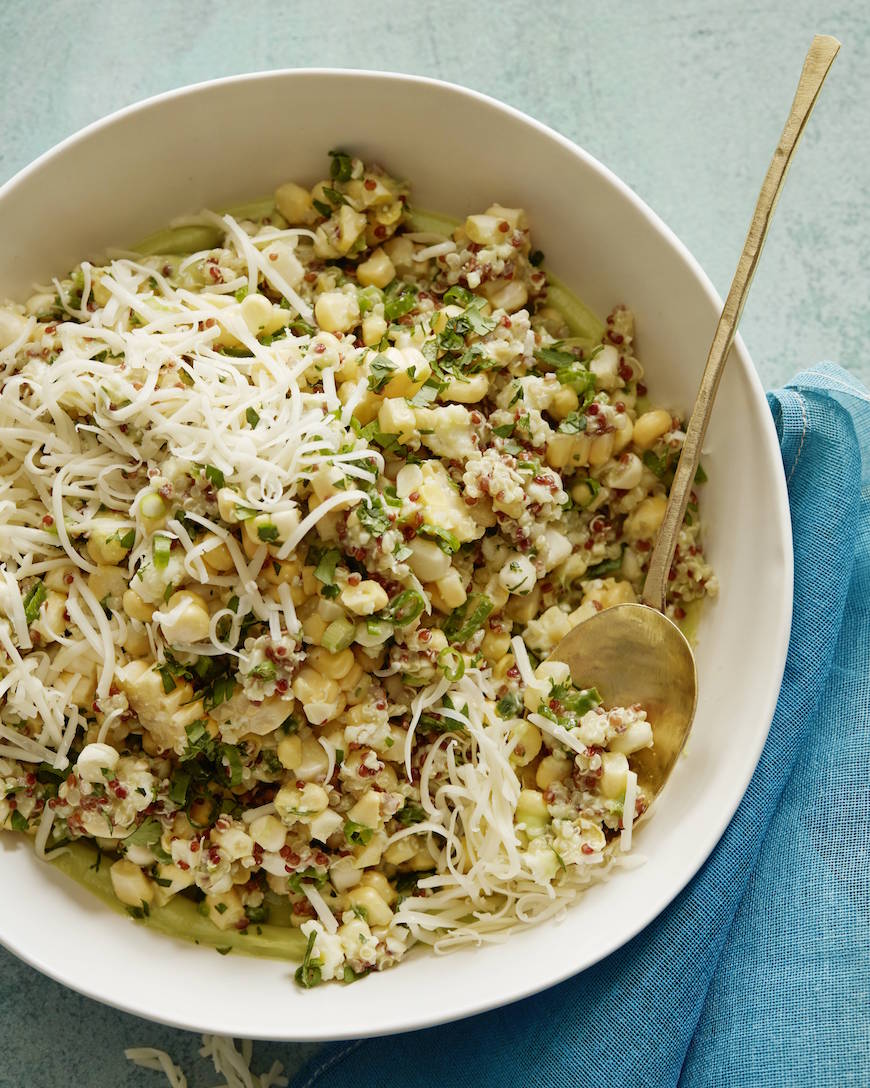 You could easily use some grilled corn too, but I’m really into raw corn as you can probably tell!

Much to my dismay, Thomas discovered it in the back of the fridge and I was forced to share. He did however declare it to be one of the best things I’ve ever made! #winning