Summer Lobster Pasta is simple and decadent and I want it on repeat for the rest of the month. 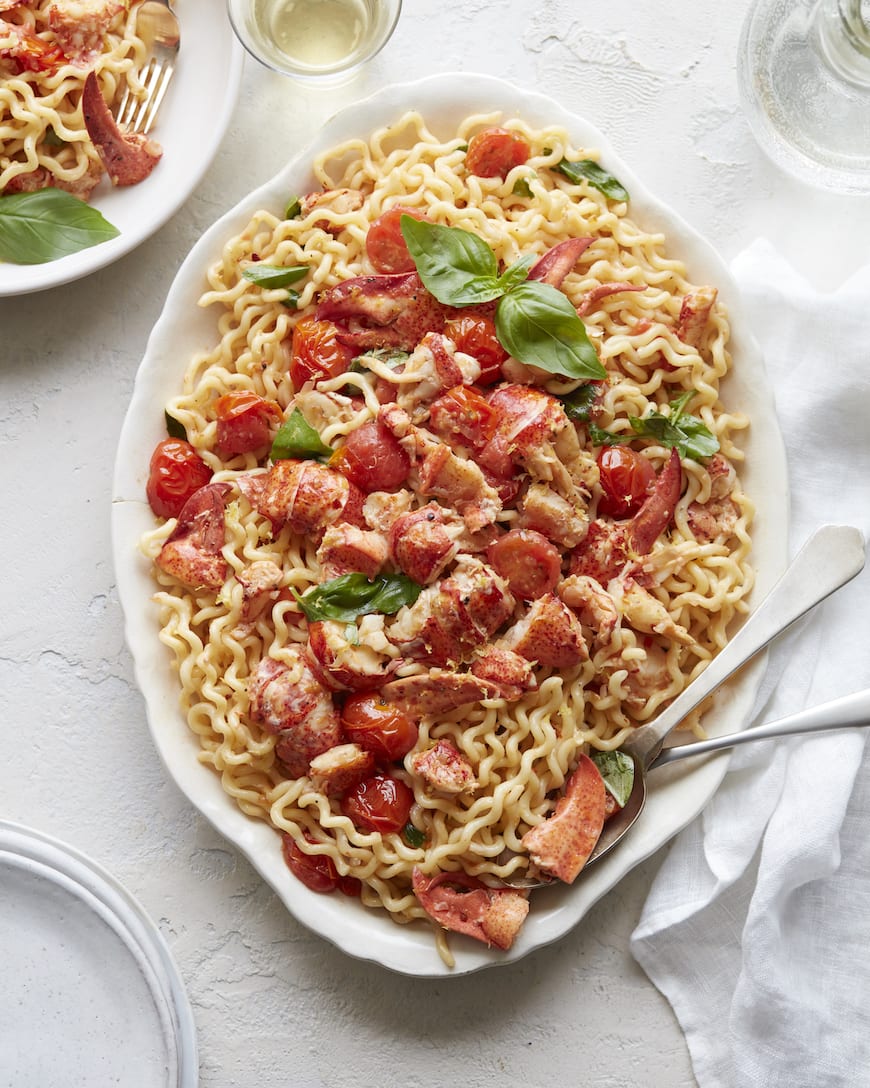 It’s been a minute since I’ve had lobster in any form… and that’s not okay with me. AKA 3 weeks since we got back from the East Coast. I’m fixing this with a few things…. one is this Summer Lobster Pasta. And two… lobster rolls are coming in a few weeks!! But first – pasta. I’ve been dreaming up this pasta for MONTHS. Is it weird that I dream in Lobster? I’m just living my best summer life. 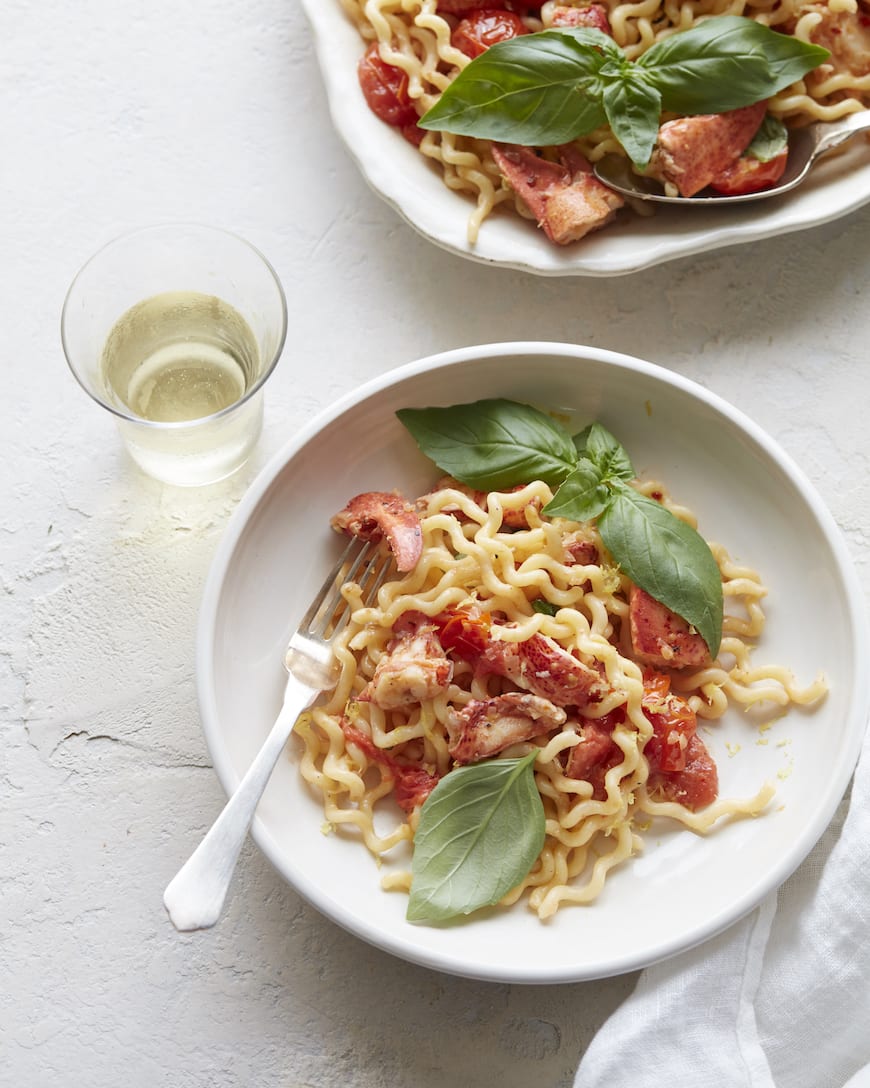 It’s perfection if you ask me. Tons of flavor comes from the sauce which is made of garlic, shallots, red pepper flakes and burst tomatoes! Then you add in the succulent lobster meat and toss it with some pasta, herbs and lemon juice and it’s the summer pasta of your dreams!

How to Cook Lobster:

You could easily buy the pre-cooked lobster tails if you want to avoid having to cook the lobster yourself – no shame in that game!!

Or if you want / have access to whole live lobsters, here’s the deal!

Either way you go after this, I promise it’s a Summer Lobster Pasta recipe fit for an epic dinner party! 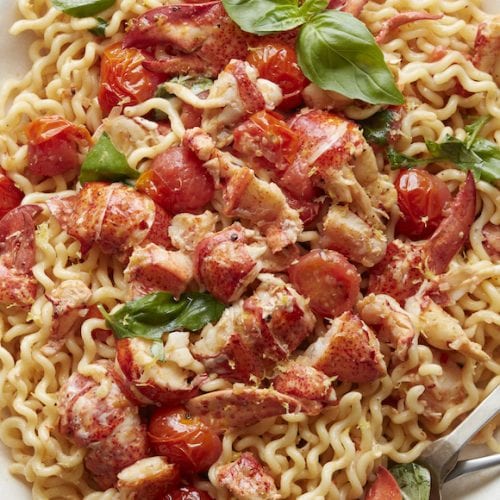