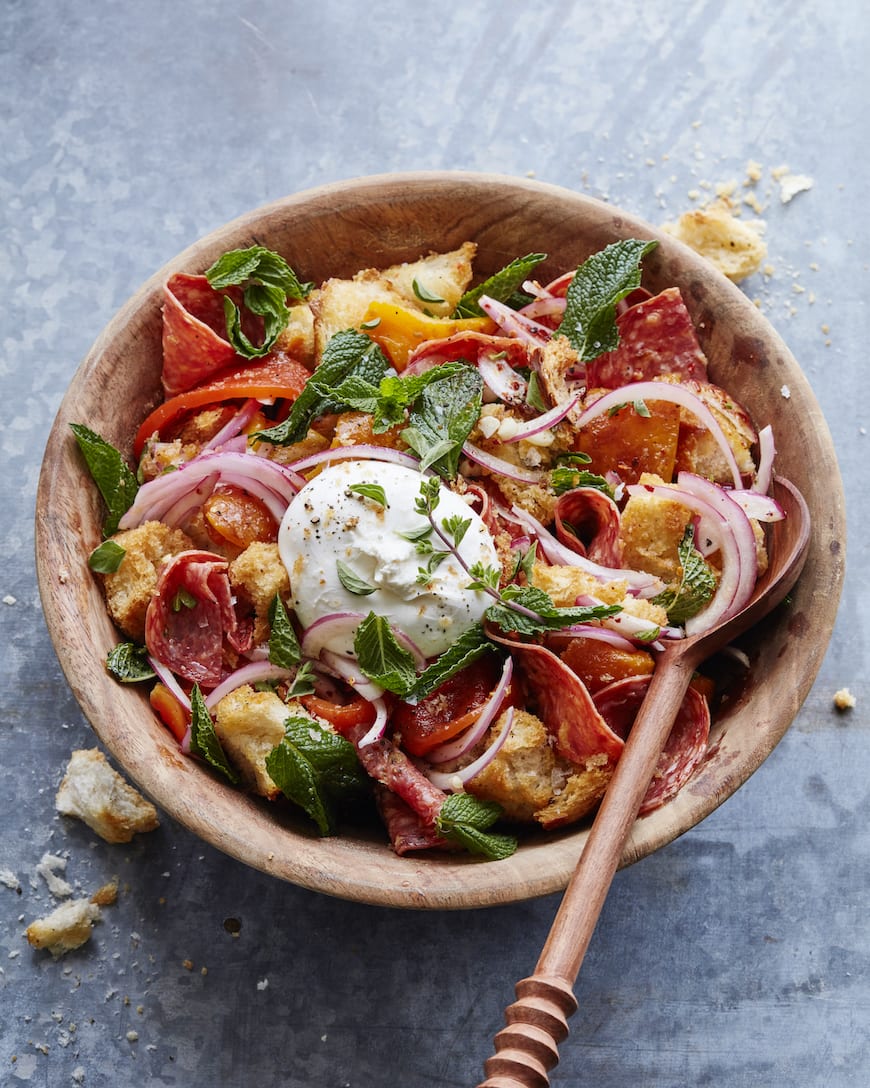 This one is coming to you straight from the farmers market. I grabbed about 3123098123 too many peppers last weekend when we were at the Farmers Market and now they need to be put to use! I used some of them for crudite boards and some of them went straight onto the grill or into the broiler to make roasted peppers (one of my favorite things ever!) 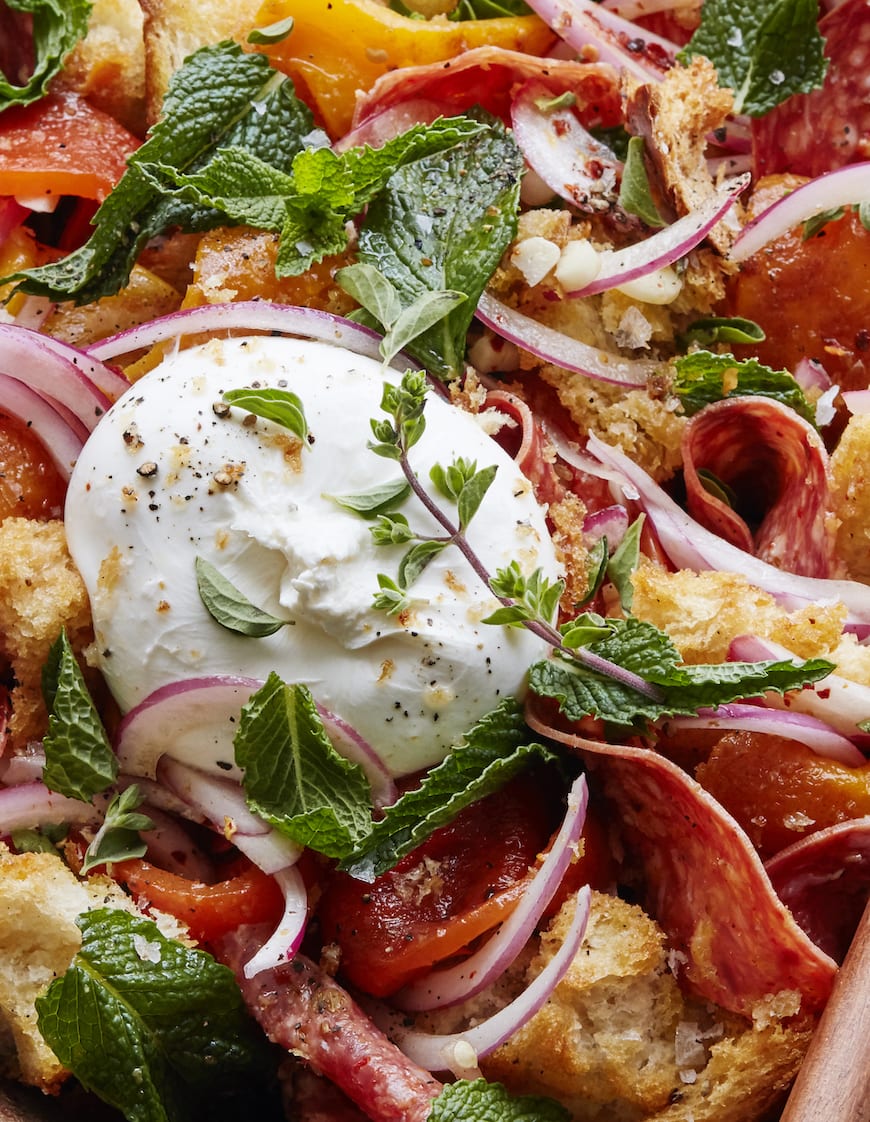 The peppers get soft and their flavor gets even better than when it’s raw. Once they are ready to go, toss them with an easy vinaigrette, some onions, herbs, homemade croutons and a big ball of mozzarella on top. It’s picture perfect! 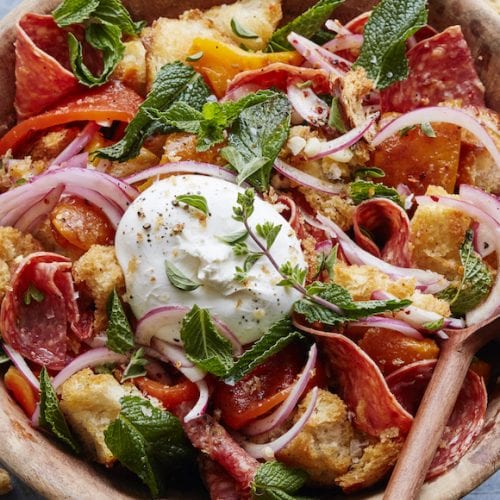 Basil Vinaigrette (And 20+ recipes to use it!)

Basil Vinaigrette Pasta (The ONLY summer pasta you need)!

Roasted Broccolini with Lemon and Garlic